This rare still from Walt Disney's Story of Robin Hood was kindly sent in by Mike. It shows the Archbishop of Canterbury played by Anthony Eustrel leading prayers for King Richard (Patrick Barr) and his Crusaders as they leave for the Holy Land.

On the steps of Nottingham Castle can be seen Prince John   (Hubert Gregg) and Queen Eleanor played by Martitia Hunt.

Do you think the young choir boy (front/left of the picture) looks remarkably like the Page (Cavan Malone) who appears later in the movie?

To read more about the stars of this wonderful movie please click on their names on this site.
1 comment: 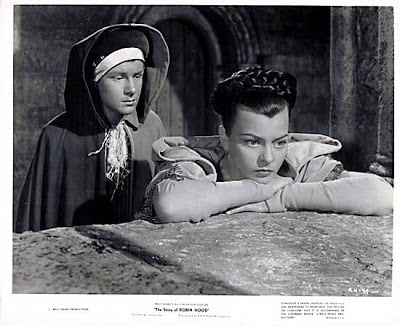 Four years ago I thought I had found the page boy that appeared, but was uncredited, in Walt Disney’s Story of Robin Hood and his Merrie Men (1952). At the time, I thought the young actor was the stage and screen star Brian Smith (b.1932). His film career started in 1950 and he appeared as Taplow in the classic, The Browning Version (1951) alongside Michael Redgrave. Smith went on to appear in TV’s Billy Bunter in 1954, the colourful swashbuckler, Quentin Durward (1955) with Robert Taylor and the 1957 version of The Barretts of Wimpole Street. But Neil, one of my regular readers wasn’t sure and I must admit I later began to have doubts.

Now, after a lot of trawling the web, I can hopefully reveal, the person who played Giles, that mysterious page boy!

Cavan Malone (born 25th November 1939) was the son of the Irish tenor Danny Malone. His mother Hazel Malone ran the famous Corona Stage School in Chiswick, London, during WWII.  As a former child actor he had appeared with Alec Guinness in the movie classic Kind Hearts and Coronets in 1949 and also on television as far back as 1947.  On the small screen he starred in episodes of No Hiding Place, Dixon of Dock Green and also played Gordon Davies, husband to Joan Walker, in Coronation Street in 1961.  But after appearing in the classic war film 633 Squadron during the mid sixties he seems to have quit acting.
He sadly passed away in 1982, aged 42.

Below is Cavan Malone’s TV and Film Career: 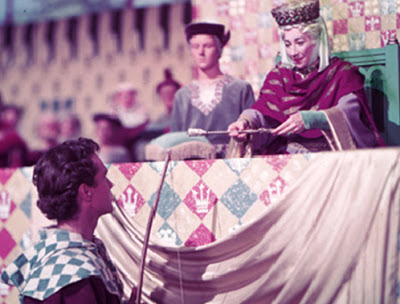 1952: Story of Robin Hood and his Merrie Men... Giles the Page Boy (uncredited) 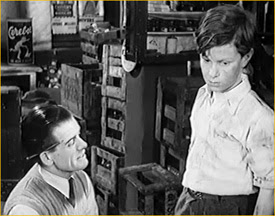 Bill Owen and Cavan Malone in When the Bough Breaks (1947)