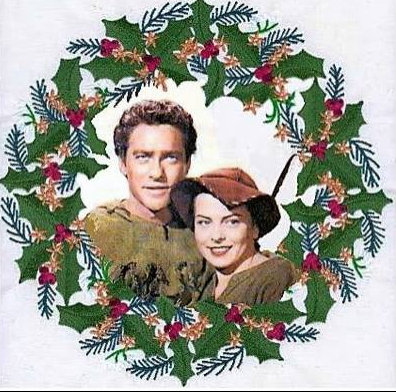 I first started this blog over a decade ago. At that time I never dreamt that it was possible to learn so much about the making of my favourite movie and the stars that appeared in it. But together with my readers we have achieved that - and much more. In the new year I am sure our success will continue. This site has now evolved into a fitting tribute to a classic film. 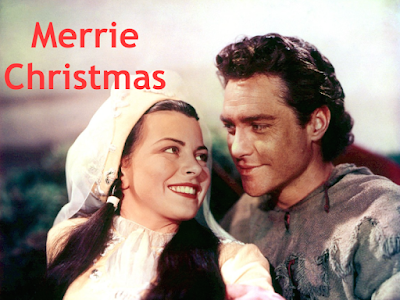 I would like to wish all my readers a very Merrie Christmas and a Happy and Peaceful New Year. 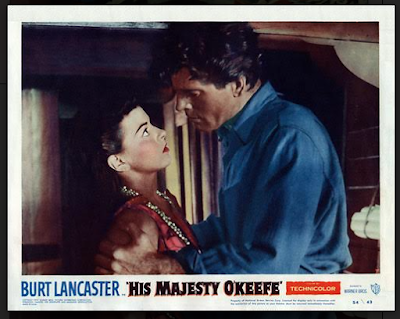 Down the years Neil has sent me some fantastic information regarding the making of Disney's live-action Story of Robin Hood and his Merrie Men (1952). He has also shared some fascinating details about the lives of the stars and crew that created the masterpiece we all love so much.

Recently Neil contacted me again, this time regarding the making of His Majesty O'Keefe (1954). He gave me an intriguing nugget of information regarding the casting of Dalabo aki Dali, played by Joan Rice (1930-1999).

In May 1952, shortly after her success as Maid Marian in Disney's Robin Hood, Warner Brothers whisked Joan Rice off to Hollywood. After a series of interviews and publicity shots she was then flown to Fiji to begin filming His Majesty O'Keefe alongside the legendary actor Burt Lancaster. But Joan was not the first choice to play the part of Dalabo!

"I had not realised this - that Diana Dors had met Burt Lancaster in London - in his suite at Claridges - in the early  50s and he had offered her the part of Dalabo in his forthcoming film His Majesty O Keefe which was turned down by her then husband Dennis Hamilton - who was her business manager  - in favour of a Summer Season at Blackpool as it turned out.

I am a great  fan of Joan Rice who took the part - and she was very good in it, but I also am an admirer of Diana Dors who was a very good actress.

It appears that Burt Lancster asked to see Diana at his suite at Claridges in London and indeed she did have this meeting alone with Burt but with her husband lurking somewhere below. She later tested for the part by darkening her skin a little, donning  a sarong, and wearing a black wig but Dennis would not let her take this part. It wouldn't be much of a guess as to why!

I am pleased however that Joan Rice got the part - but can't help but wonder what the film would have been like with Diana in that role - but more than that the effect it would have had on her future because she may well have seized the opportunity of such a big film as this. Her husband thought better of her spending months in Fiji on a South Sea Island with Burt Lancaster." (Neil) 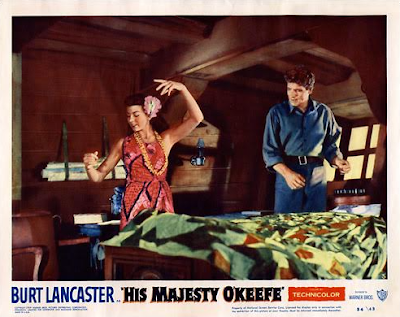 I wonder what Joan would have done had she not got the part of Dalabo?

Would a different film have catapulted her career further?

It can be fascinating to imagine what if? Regular readers of this blog will know that James Cagney was first offered the part of the noble outlaw in Warner Brothers classic The Adventures of Robin Hood (1938). But after a row with Jack Warner, Cagney stormed out of the studio and the role was given to the rising star, Errol Flynn. But 'what if ' Cagney had completed the movie? Would the movie still evolved into one of the greatest ever made?


Six actresses were auditioned for the role of Maid Marian in The Story of Robin Hood by Walt Disney's production crew. (It would be fascinating to learn their names). Joan Rice, of course was hand-picked by Disney himself to star alongside Richard Todd. But 'what if' Joan didn't get the part? Who else could have played Marian so well? I would be interested to know your thoughts.

A big thank you to Neil for sending in the story about Diana Dors. Don't forget to visit his website Films of the Fifties.


Also many thanks to Christian for the His Majesty O'Keefe lobby cards.