Edward II: The Unconventional King by Kathryn Warner (and how I met Jules) 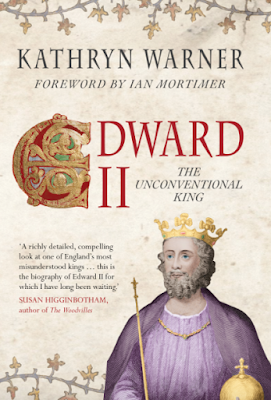 Jules read Kathryn's book first (of course), and loved it. When I finally managed to pick it up, it felt a privilege to hold such ground-breaking material.

As regular readers of Kathryn's blog will know, Edward II: The Unconventional King is the culmination of many years of intensive research, driven by her tireless passion to get to the truth.  That passion is immediately apparent, as you witness her steadily dismantle centuries of myths surrounding Edward II's reign.

One example of this is the traditional story of Edward's murder by the use of a 'red-hot poker'. Kathryn has forensically examined the contemporary records, one by one, to reject it as a lurid invention. Kathryn's close analysis of contemporary manuscripts also provides fascinating details of Edward's household. These include the names and costs of his minstrels and entertainers, something which I found particularly interesting.

Kathryn gives fresh insight into the life of this maligned monarch. Her research reveals a fiercely emotional king who not only enjoyed the company of  his 'common subjects' and their pastimes, but who was also remarkably generous and kind to the people who pleased him. Edward II was also openly a lover of men, and this unconventional and often eccentric behaviour led to the utter failure of his reign. But, paradoxically, Edward was ahead of his time, and that was the tragedy of his life.

Kathryn's work has a special place on our bookshelf. It is superbly written, meticulously researched and is a much needed re-assessment of Edward's reign. I thoroughly recommend it to anyone interested in the Plantagenet kings of England.


When I was at school, I wasn't taught anything about Edward II. I heard about Richard the Lionheart, Henry VIII and Edward III of course, but not Edward II. After all, he was considered to be just a weak king who brought about an English civil war. It wasn't until I was thumbing through a book in my college library during a dinner break that I became fascinated by his reign.

The book was a version of Winston Churchill's History of the English Speaking Peoples. Included in the great statesman's account of the Lancastrian revolt during the reign of Edward II, was a feature about the findings of the 19th century antiquary called Joseph Hunter. The article included details of his discoveries of a Robin/Robert Hood recorded in Edward II's household chamber accounts. Hunter's ground-breaking research also uncovered a Robert Hood living in Wakefield, part of Lancastrian lands during the time of the Battle of Boroughbridge (1322). After the battle, Hunter believed that this Robert Hood, a tenant of Thomas Earl of Lancaster, would not have only been outlawed, but may also have been the same Robert Hood brought to court by Edward II during his progress through the northern counties in 1323.

Remarkably, Hunter's findings mirrored details in one of the earliest ballads about the outlaw, the Geste of Robyn Hode, written circa 1500, which describes a 'comely' King Edward who travelled though 'all the pass of Lancasshyre'' to capture him.
I was transfixed.

I had always enjoyed watching Robin Hood films (particularly Walt Disney's live-action Story of Robin Hood) and the classic Richard Greene tv series, but never dreamed there may have been some historical fact in the legend. So, from that moment on, like a manic magpie I began to accumulate books and more books on the origins of Robin Hood. Eventually, I compiled a chronological list of all the important discoveries regarding the celebrated outlaw.

As the computer age dawned I soon realised that the possibilities for research were endless. Now, it was not necessary to join various libraries and trawl through the dusty shelves of secondhand bookshops. (Although I still do!) The excitement of owning my own computer was palpable. Soon, doors (or should that be windows?) began to open. Kathryn Warner's very informative website on Edward II was one of the first places I discovered.

As 'Clement Glen', I joined several forums and found myself entering into long-winded discussions about the origins of the Robin Hood legend. But, sadly they often became over-heated. So, I decided to step back from it all and, inspired by Kathryn's site, I started my own Robin Hood blog. But how could I make it different from all the others?

The Story of Robin Hood

In my opinion, Walt Disney's Story of Robin Hood and his Merrie Men (1952) is the best film version of the legend ever-made. From the first time I saw it at my local cinema, I was awe-struck by its wonderful actors, colourful pageantry and thrilling action. So, I decided to create a web page that combined information about this movie with the facts I had discovered about the ancient tradition that inspired it. After ten years, my blog has had world wide popularity.

In 2010, I posted an article about Joseph Hunter's discoveries. I received many kind comments afterwards, never realising at the time that one of those messages would change my life forever! One came from Kathryn Warner (whose successful website about Edward II I had discovered a few months earlier). Kathryn kindly congratulated me on a 'fascinating post' and the excellent research. Following that came a message from a certain Jules Frusher who described my piece as an 'interesting read,' and 'lots of food for thought.'

Jules and Kathryn knew each other through their investigations into Edward's reign, with Jules specialising in the life and times of Hugh Despenser. Jules's tremendous website about Hugh can be seen here.

Five years later Kathryn had her first book, 'Edward II: The Unconventional King' , published and . . .  Jules and I got engaged!


Did this 'comely' monarch who enjoyed the company of lowborn subjects meet Robin Hood? After decades of debate, many historians agree that Edward's northern progress of 1323 is a rare factual element in one of the earliest ballads about the outlaw. There is a lot more information on my website. So perhaps the 'Edward our comely king' referred to in the Geste of Robyn Hode was Edward II. Ironic, then, that such a reviled king influenced the legend of such an adored hero.
5 comments:

Two years ago Christian sent me images of the final resting places of some of the people responsible for creating our favourite film, 'The Story of Robin Hood and his Merrie Men' (1952). To see that original post, please click here.

Recently Christian has kindly shared more information and pictures regarding the graves and tombs of those much-loved people. 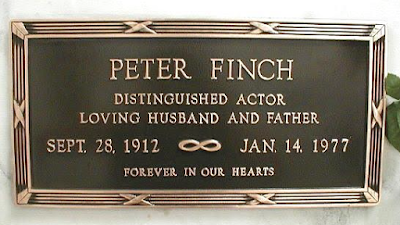 Peter Finch is buried at the Hollywood Forever cemetery in Los Angeles, California in the U.S.A.

James Robertson Justice (1907-1975) played an irascible Little John. He was cremated and his ashes were taken by a party of friends to Scotland. On a moor where Justice had often hawked, and along with the accompaniment of a lone piper, they created  a cairn and his ashes were interred there. 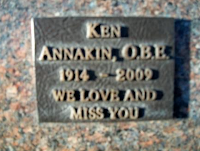 Ken Annakin, the director of 'The Story of Robin Hood' (1952) is buried in Westwood Memorial Park, Los Angeles in the U.S.A. 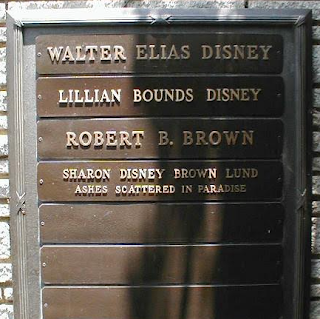 Many thanks to Christian for getting in touch. 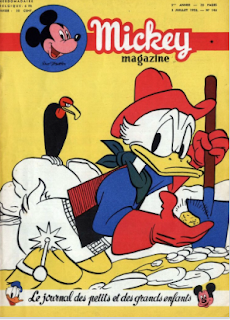 Here is the last instalment of the comic strip, drawn by Jessie Marsh and based on Walt Disney's live-action film The Story of Robin Hood and his Merrie Men which was released in 1952. 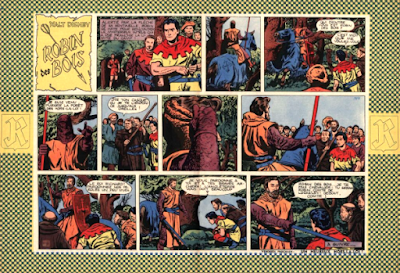 A huge thank you to Matt Crandall for uploading every strip and giving readers the opportunity to see this wonderful artwork. Matt runs the excellent Walt Disney's Alice in Wonderland blog, which contains many rare items and collectables from the classic animated film. 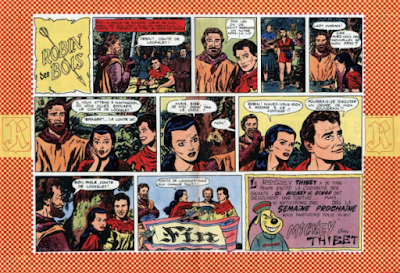 To see the previous strips, please click on the label  Robin Hood Comic Strip. And to read about the illustrator Jessie Marsh, please click here.
1 comment: