Joan Rice at a Royal Premiere


This very rare image shows a nervous looking Joan Rice (1930-1997)  in a line-up of stars to meet Queen Elizabeth II and Princess Margaret at the Royal Film Performance of Where No Vultures Fly (1951). 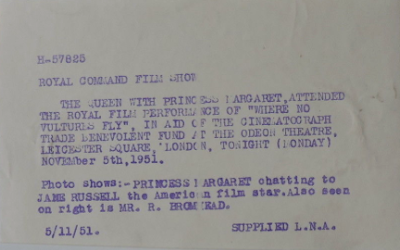 The back of the press photograph does not mention Joan Rice, but says:

An Australian newspaper describes the premiere: 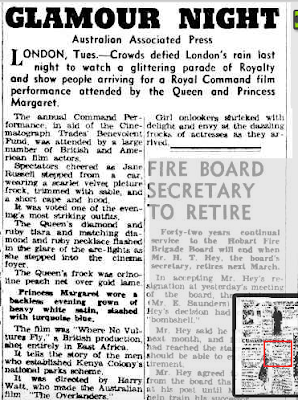 Joan's appearance as Maid Marian in Walt Disney’s Story of Robin Hood and his Merrie Men would be premiered in April the following year. Then, after the release of Curtain Up on 12th May, she left her Knightsbridge flat and spent 8 days in Hollywood where preparations had started for the filming of the blockbuster His Majesty O’Keefe for Warner Brothers. Sadly Joan’s big film career would be over as quickly as it started. 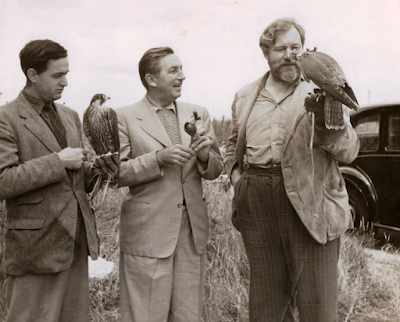 Neil has kindly shared this interesting image. It shows Walt Disney with James Robertson Justice (1907-1975). The photograph seems to have been taken sometime between June and September 1952, which coincides with the filming of Justice’s second movie for the Disney Organisation, The Sword and the Rose (1953). Justice is looking a lot more portly than when he appeared as Little John in The Story of Robin Hood (1952). This weight-gain was probably in preperation for his role as Henry VIII in the Tudor adventure.
4 comments: