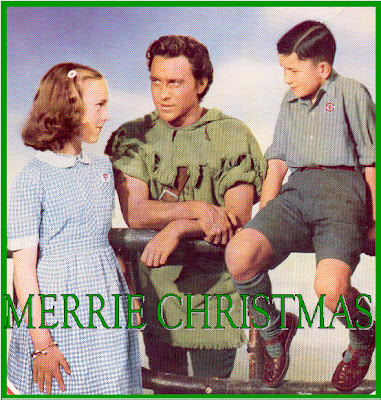 I would like to wish all my readers a very merrie Christmas and I look forward to hearing from some of you in the new year!

This is how Robin, Marian and the outlaws might have enjoyed themselves at Christmas, taken from the ballad Robin Hood And Maid Marian :

A stately banquet they had full soon,

All in a shaded bower,

Where venison sweet they had to eat,

And were merrie that present hour.

Great flagons of wine were set on the board,

And merrily they drunk round

Their boules of sack, to strengthen the back,

Whilst their knees did touch the ground.

To Marain his only dear,

And his yeoman all, both comly and tall,

Did quickly bring up the rear.

For in a brave vente* they tost off the bouls,

Whilst thus they did remain,

And every cup, as they drunk up,

They filled with speed again.

At last they ended their merriment,

And went to walk in the wood,

Where Little John and Maid Marian

With all their yeoman gay;

They liv’d by their hands, without any lands,

And so they did many a day.

But now to conclude, an end I will make

In time, as I think it good,

For the people that dwell in the North can tell

Of Marian and bold Robin Hood.