From Wanstead to the Wild West via Sherwood Forest. 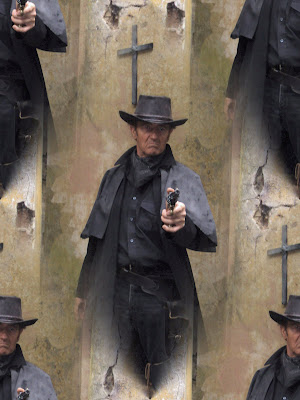 I thought it would be a nice idea to get to know some of the regular visitors to this site. So here is an introduction to the co-founder of ‘The Whistling Arrows,’ Herne’s Son alias Mike. Mike has been a visitor since February 2009. He got in touch through a message about my blog on You Tube, which featured a video of Elton Hayes singing ‘Whistle My Love’ and Mike has made a valuable contribution to this web site ever since. Not only has he sent various wonderful stills from our favourite movie, but also a copy of his much cherished original poster advertising the film from 1952.
Mike said, “You could find no more dedicated fan of this film than me. Way back in 1952, I was a boy of 11, my friends and I followed this film from cinema to cinema as you could in those days. I lived in the East End of London and nearby was Wanstead Forest where we played at Robin Hood-magical times! I guess the film was my childhood! I know the script by heart too; I have several books, press books and many stills.
I managed to get a copy of the poster from the original release. Two years ago I sent Richard Todd a birthday card, I used the poster, he was very touched and very nice, and he told me that the forest scenes were filmed at Burnham Beeches near Slough.”
Mike is not only a talented artist (he intends to paint a picture of the home of Richard Todd), but also makes amateur Western movies with his mate Pete. Above is a fantastic still he sent me from his film, ‘Circle of Death.’
So a very big thank you goes out to Mike for his continued support to this web site. If you would like to share your memories of first seeing Walt Disney’s Story of Robin Hood, or are generally interested in the legend, please get in touch at disneysrobin@googlemail.com.
To become a distinguished member of The Whistling Arrows and receive a unique copy of Joan Rice at the World Premier of Robin Hood, please answer the ten questions that can be found on this blog under the Label ‘The Whistling Arrows’ or in the guest book.

Email ThisBlogThis!Share to TwitterShare to FacebookShare to Pinterest
Labels: The Whistling Arrows