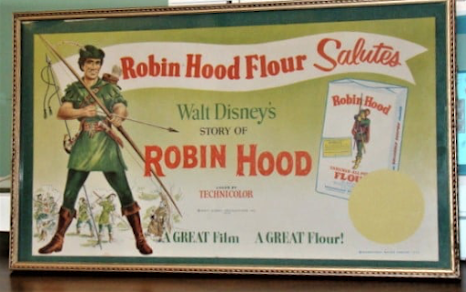 Janet VanMeter a Robin Hood fan and regular reader of this blog has recently shared pictures of her complete cookie cutter collection and poster that promoted Walt Disney's Story of Robin Hood and Robin Hood Flour.

Also included in the promotion of the film were three giveaway small comic books, 7.25 inches tall x 5 inches wide and printed by Western Publishing. The first free comic was ‘The Miller’s Ransom,’ followed by the ‘Ghosts of Waylea Castle', the third is sadly unknown. The comics were written by Don Christensen and illustrated by Tony Sgroi and Russ Manning. 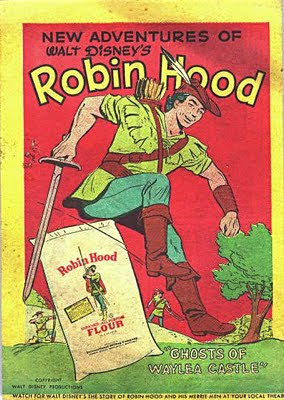 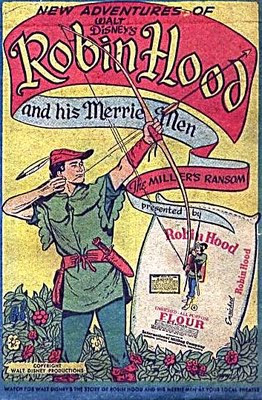 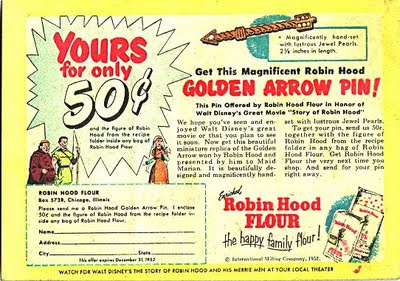 Robin Hood Flour was founded in 1900 by Donald Mclean in Moose Jaw, Saskatchewan, in western Canada. In 1909 the mill was taken over by Francis Atherton Bean of Minneapolis and within two years it was producing over 1,600 barrels of flour a day.

Using the green and red archer emblem as a sign of good value and respectability, Robin Hood Flour and its recipes have remained popular for over a century. In the late 50’s and early 1960’s the company even used a jingle made from the theme tune of the classic TV series The Adventures of Robin Hood which starred Richard Greene.

Thank you Janet for sharing your collection.

Wow, now that is impressive!