The Sheriff Shoots an Arrow !

John Nelson has been in touch recently and sent this fascinating close-up image of Peter Finch in his role as the Sheriff of Nottingham shooting and arrow. A scene that doesn't appear in the movie, Walt Disney's Story of Robin Hood and his Merrie Men (1952).

It is a coincidence, because we have recently looked at some pages of the original script and seen how some scenes were altered or even cut completely.

Another version of that image of the Sheriff of Nottingham shooting an arrow, appeared in Vanessa and Christian's stamp books that were featured on this blog three years ago. So this gives me an excuse to re-post that article : 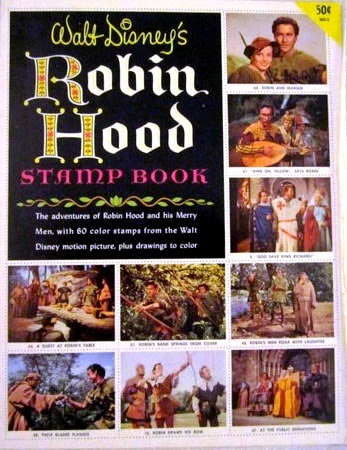 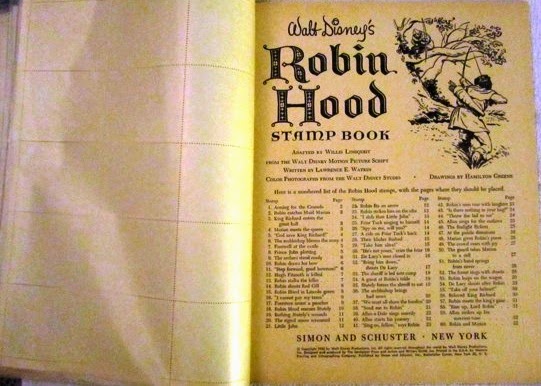 This is Christian's copy of Walt Disney's Robin Hood Stamp Book  (above and below) which was published in New York in 1955 by Simon and Schuster. The story inside was adapted from Lawrence E. Watkin's screenplay by Willis Lindquist with illustrations (that could be coloured) by Hamilton Greene. 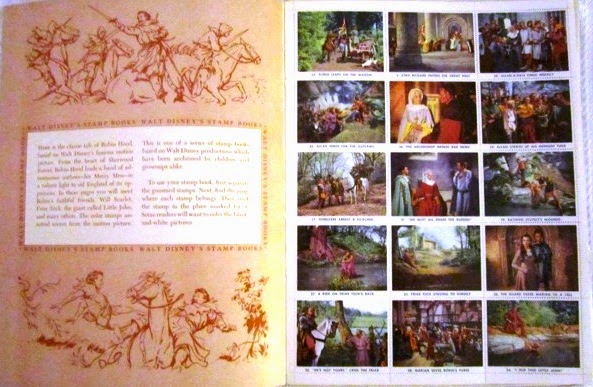 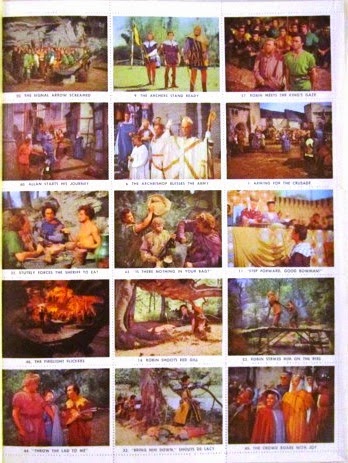 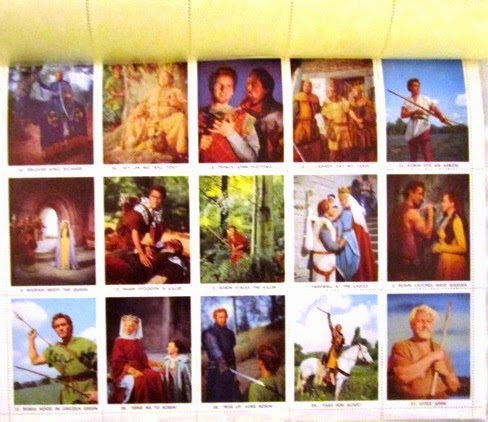 Included among the stamps is an image (shown above) of the Sheriff of Nottingham (Peter Finch) using a bow and arrow with a dead soldier in the foreground. It is stamp number '32' and has the title, "BRING HIM DOWN"  SHOUTS DE LACY." This is very interesting as the scene must have ended up on the cutting room floor, because it was never used in the movie. 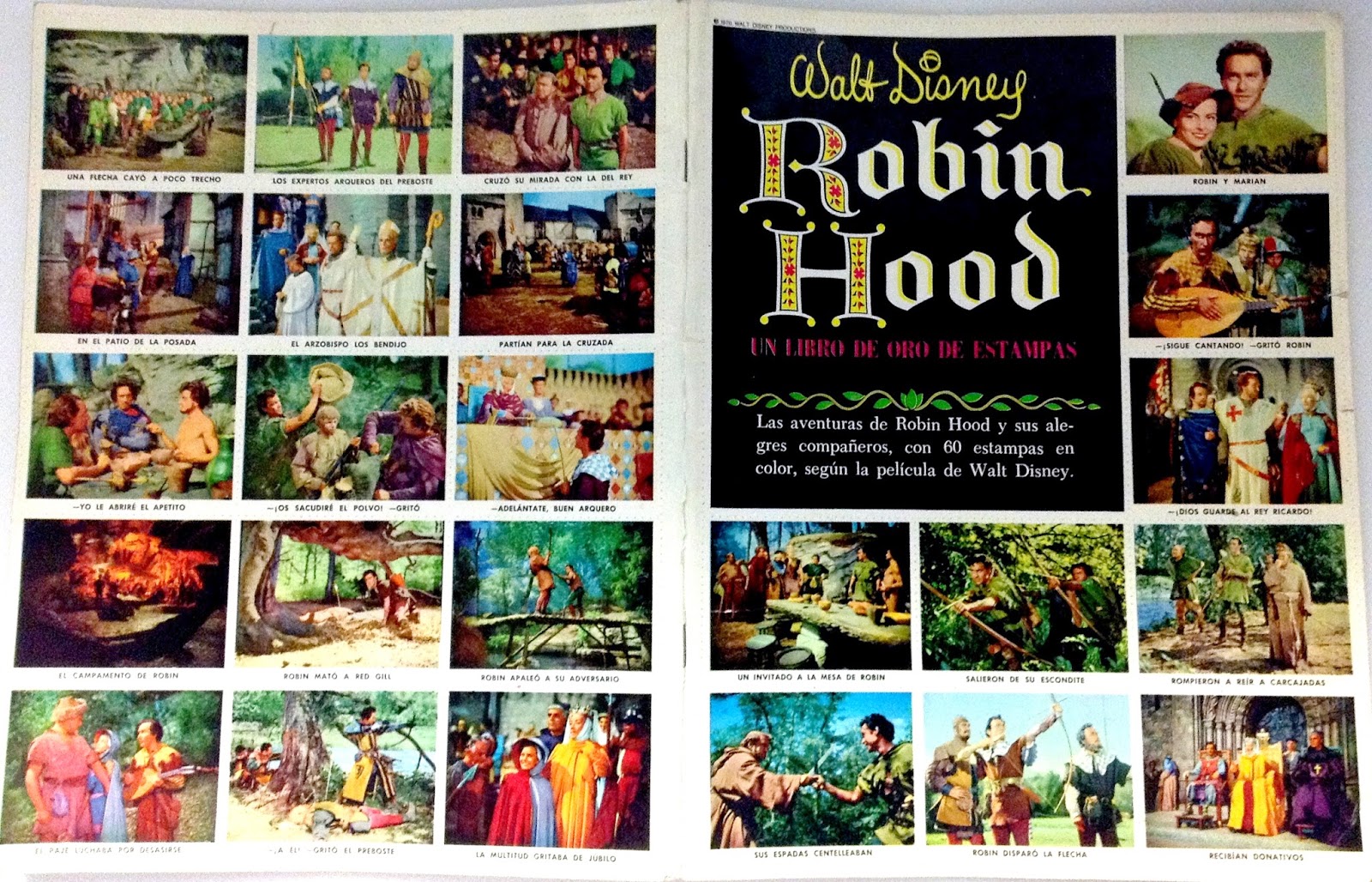 I would like to thank John,Vanessa and Christian for sharing with us their memorabilia of this wonderful movie.

Email ThisBlogThis!Share to TwitterShare to FacebookShare to Pinterest
Labels: Images of a Legend, Memorabilia, Peter Finch


Those of you that have read my recent blog post, Disney's Robin Hood Script, will know of my excitement at seeing such a treasured item. Cindy has since, sent some more images, including the original employees identification card for Walt Disney Productions, once owned by her father-in-law, Noland Blackburn (above).

Noland Philip Blackburn worked for Walt Disney during the 1950's and it is through the kindness of his daughter-in-law Cindy, that we are able to see pages from the original film script of The Story of Robin Hood (1952).

Below is a page from the script describing the scene where Robin Hood's father is shot in the back by Red Gill, played by Archie Duncan.

The original script describes the assailant and Robin both stalking each other and crawling 'in a circle through the brush.' These scenes were obviously later cut from the movie.

Below is a couple of pages from Laurence's fabulous Picture Strip that show images of those scenes that were finally used in the movie. 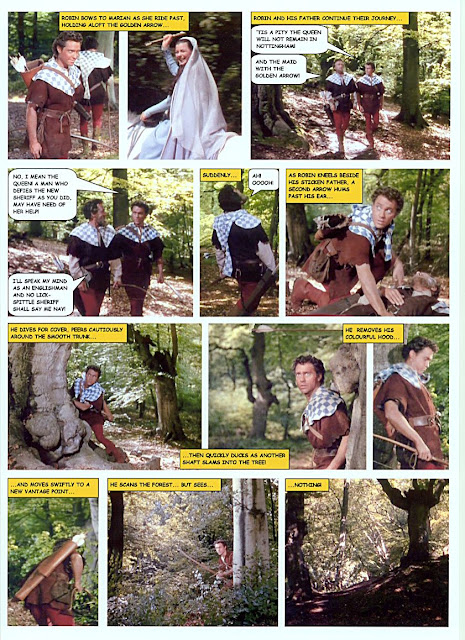 To see the whole of Walt Disney's Story of Robin Hood and his Merrie Men in this picture strip, please click here.


I featured the page above in my last edition. This is the final scene where Robin Hood hugs Marian in front of King Richard and the outlaws. But this time the script is accompanied with a rare photograph taken in the studio at Denham as they filmed that exact same scene (below).


Once again many thanks to Cindy.