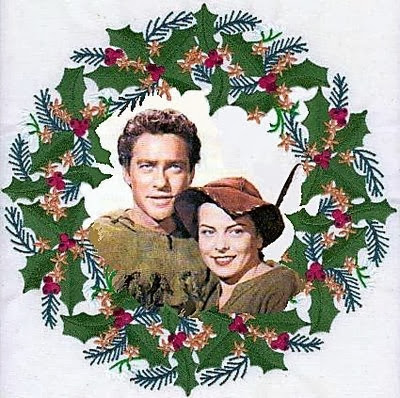 I have now reached 660 posts on this blog! Very special thanks go out to my regular contributors, Neil, Mike, Geoff, Laurence, Christian and  all those who continue to uncover various topics of interest connected to our favourite movie and have helped make this blog a huge success.
As many of you are aware, this has not been a particularly good year for me. But in the new year I begin a new chapter in my life and I am determined to resume posting on this site with added vigour.
A Merrie Christmas to all my readers and a very Happy New Year ! 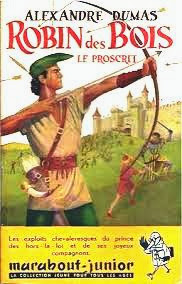 It is always nice to hear from visitors to this blog and receive their comments and input. So I am extremely grateful to Christian Roy - one of our regular readers - for sending me this image and email.
"Dear Clement,

It might be of interest to you to know that a French pocketbook intended for young people (from 14 on), called Marabout Junior, was available in the 50s.

The 2nd issue (of many to follow) was devoted to the novel called Robin des Bois, le Proscrit, which was written by Alexandre Dumas of Three Muskeeters fame. It may be doubtful though it was written by him.
Anyway, the cover of the Marabout book is interesting in that it acknowledges the source, that is to say the 1952 Disney RKO Picture.

In its own right, it is also a beautiful colourful depiction of my favourite film of all times!
Hope it is a worthy addition to your collection, also to share with fans."
(Christian Roy)
Many thanks Christian. The image on the book cover has been taken from the poster that originally advertised the film. We have seen various examples of this happening since this blog started and although this particular book cover had permission by Disney, many products did not. This forced the Disney organisation to later enforce strict copyright laws on all their products.

Le Prince des Voleurs (The Prince of Thieves) was written by Alexandre Dumas and published in 1872 (after his death in 1870) in an edition of his complete works (published and edited by Michel Levy, 1862-89).

Email ThisBlogThis!Share to TwitterShare to FacebookShare to Pinterest
Labels: Images of a Legend, Memorabilia, Posters 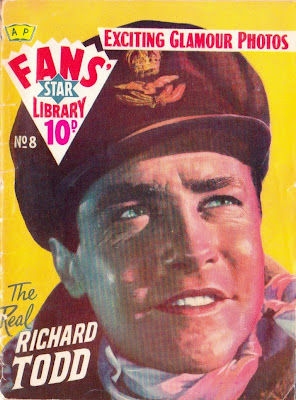 Geoff Waite has recently sent me a very interesting little booklet from 1958. It is Fan's' Star Library No.8 and features Richard Todd. Priced at 10d the articles on Todd, cover his life story and film career up until the making of the movie Intent to Kill. It is packed with some fascinating pictures of his homelife with his wife Catherine Grant Bogle , their children and his farm.

There is some interesting detail on his second live-action film for Walt Disney, Rob Roy. But I was eager to see if there were any snippets of information on his making of Story of Robin Hood and his Merrie Men (1952). This is what I found:

"As soon as Flesh and Blood was completed, Walt Disney wanted Richard for the name role in his new picture Robin Hood. It is said that Disney chose Todd for the part after one of his own daughters returned from a cinema a confirmed Richard Todd fan-she had just seen The Hasty Heart, and she kept telling her father that this young British star had everything! 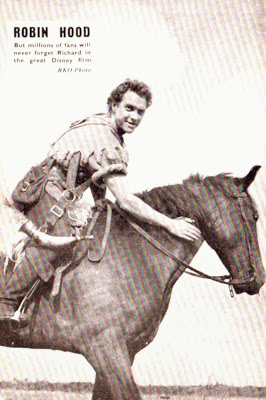 An outdoor man himself, the idea of playin the great adventurer appealed to Richard, but he didn't want to be forced to portray the outlaw as a costumed twelfth century Tarzan. He wanted to play Robin Hood as 'he' saw the great outlaw. Fortunately, Walt Disney had enough confidence in Richard to allow him his own portrayal and as we all know the picture was a tremendous success. 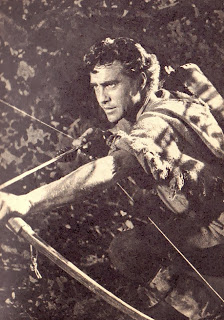 Robin Hood, starring our own Richard Todd, had its premiere at the Leicester Square Theatre on March 13th, 1952. It was a glittering oppening and raised a large sum of money for a worthey cause. This film has become a Classic, and will doubtless be shown for years and years.

Within four days of finishing Robin Hood, Richard flew to the South of France, to play the parrt of the incurable young gambler in Twenty Four Hours of a Woman's Life."

To read more about Richard Todd, the making of Robin Hood and the film premiere, please click on the labels.