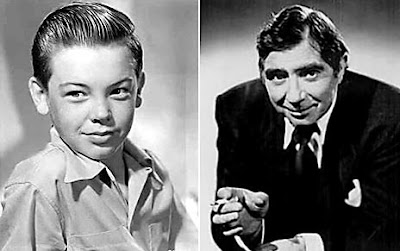 This story about the casting of Bobby Driscoll and Robert Newton in The Story of Robin Hood is completely new to me. I have never heard that before. However it is possible that Bobby Driscoll who at the time was very popular and a good actor, who had been excellent in Treasure Island would have been in line for some role in any Disney film. As for Robert Newton as Friar Tuck, I have to say that, he was a very fine actor who had been incredibly good as Long John Silver, but James Hayter was Friar Tuck. I did hear the story that it was Walt Disney's daughter who, having seen Richard Todd in The Hasty Heart pressed her dad to cast him as Robin Hood. How true that is I dont know, but he made a great Robin.

It seems that in the early planning stages of Robin Hood, they wanted to play safe and use the tried and tested formula of Driscoll and Newton. It had worked so well on Treasure Island.

So it would be interesting to know who and when they decided to go for the romantic angle between Robin and Marian.

But it does prove one thing. They obviously thought Joan Rice as Maid Marian was strong enough to carry the main story-line of the film!

Yes. Joan Rice was very good as Maid Marian - in fact she was excellent. As I have said previously it was Walt Disney himself who insisted she was in. How they came to cast her after she had only been in a few British films I dont know - I suspect maybe Walt Disney himself saw her and thought she looked the part - which she did perfectly. She should have had a much bigger and better career than she did after this film and His Majesty O'Keefe one would have thought that the world was her oyster. I do know that she spent a week or so in Hollywood on the way back from Fiji (after filming O'Keefe) and I do have a photograph of her with Olivia deHavilland at a function. I see your later blog post about Joan Rice.

Whilst I don't think Robert Newton would have been a match for James Hayter, i can see him doing really well as a Tuck. He would have relished the characature aspects involved, and I think fitted in well with any of the "traditional" concepts of Robin Hood and the Outlaws.

(I love him in This Happy Breed).